Instead of doing what I did from High Voltage and Fyrinnae, which is order more purples and blues than I could ever need, I decided to do a rainbow of colors... and only ONE PURPLE. Yes. Yes.

The owner sent me two free samples -- Weepinbell and Small Key, which was very nice of her. The items were packaged well and in neat little sample baggies sealed with a sticker that listed the eyeshadow name and ingredients. Quite handy. I only had one color that was a little exploded over the inside of the bag, that was the darkest one of course, and the rest funneled down neatly when I tapped on the sides of the bag.

Before I show swatches, I want to come out and say that I liked most of the colors I received. I will admit that I felt like some of them, mostly her original collection named after Pokemon, were a bit standard and boring. I'm not saying they're bad, don't get me wrong, I just felt like I already had a few of them and can almost safely say that I have near dupes of two of them. The ones from the Legends collection were much more complex and interesting, so I think she took the advice of her fans and added more depth to the colors.

Note that these swatches ARE NOT over Pixie Epoxy. I don't swatch over it for overall reviews because not everyone has it... and that doesn't mean someone shouldn't be able to see the color for what it is without it. 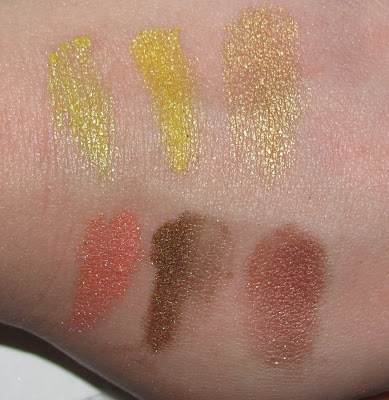 Weepinbell: This was unfortunately one of the ones I wasn't impressed with. I got it as a free sample so I can't say much but when I swatch it next to BFTE's Lemon, they look identical. Again... it was free so I don't want to push the issue.
Pikachu: This has a stronger yellow base than Weepinbell and also has little flecks of red glitter. Unique and interesting.
Triforce: A lovely gold. It looks much darker and more foiled in the bag but when swatched, it lightens up. Pixie Epoxy gives it a stronger foiled effect though.
Shaymin: A satiny coral with goldish glitter. Very pretty, I liked this one... don't have anything like it.
Small Key: A muddy, medium brown with golden shimmer. This one was only okay for me. I feel like I've seen it before.
Deku: This one is hard to describe. It's sorta redpinkbrown. We'll call it that... looks better over Pixie Epoxy. 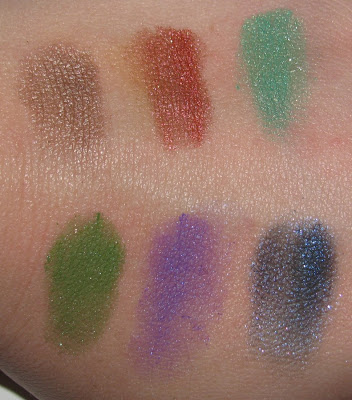 Epona: Warm taupe with subtle silver shimmer. Similar to WetnWild's Nutty, so you may want to skip this if you have that. This sort of shade is common to mineral makeup companies but I can never complain about having more taupe.
Seaking: This is like Mac's Coppering on crack. This is another I really liked... the subtle pink shimmer is really pretty.
Bulbasaur: I don't want to do this -- but this one was a no go for me. I again found another dupe for it... BFTE Green Apple. It's a mid toned satin, "green apple" green. I just... no. I couldn't like this one. Too common. I think Bulbasaur should be more grass green due to it's namesake.
Link: Now we're talking! This is a mossy yellowed green with very fine loose silver sparkle. I love this one! I don't think I have anything like this, even in my pressed eyeshadow collection. Nice.
Rattata: And again, YES! I love how it's got a blue undertone that helps to brighten the overall shade of the shadow. This is slightly brighter and lighter than Make Up For Ever #92, that is the closest thing I can think of to explain the vibrancy.
Veran: A deep blue with lighter blue and silver sparkle. Sorta like if Mac Deep Truth and glitter had a baby. This was another semi okay shade for me.

Overall, these were a bit hit or miss for me. I was excited to use some of the colors -- like Rattata, Seaking and Link... and then others I stared at and got little to no inspiration from. I give the owner props for starting her own makeup company -- I give that to anyone willing to put themselves out there. That being said, I am looking forward to her future collections as the newer shadows in what I ordered were pretty fantastic. The older shades were just a bit dull to me. I had not read this from anyone else so I ordered them not really knowing how I would feel.

I set out to do a couple of looks, even though I was feeling uninspired. On the first day, I used Pikachu, Triforce and Rattata. I am miffed with this look because the purple was supposed to be just on the outside of my crease (so that it didn't look like Wild Pride with different colors) but the damn color would NOT BLEND right so I had to extend it to cover the monstroscity. I am honestly disappointed with that shade. It blends poorly and turns PINK when it does!

Ugh. Also, Triforce is a glittery mess (worse than Midnight Cowboy Poops Again)... I used Pixie Epoxy and you could barely tell the difference between Pikachu and Triforce. Sad and irritated over this. I hate to compare Rattata to MUFE #92, but they look almost identical... Shiro's just doesn't cut it. I spent 20 minutes trying to fix the blending issues before I just had to leave for work. 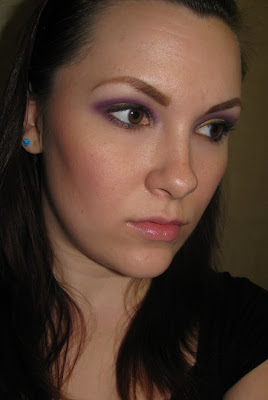 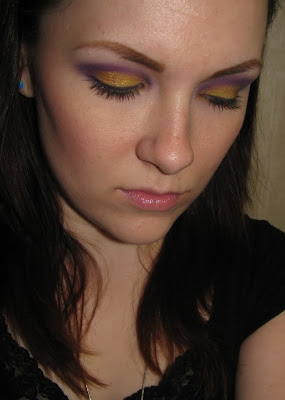 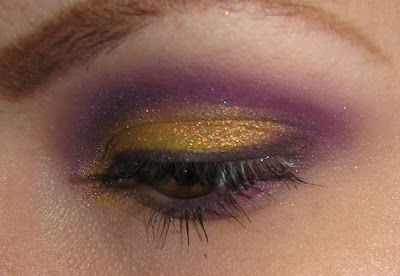 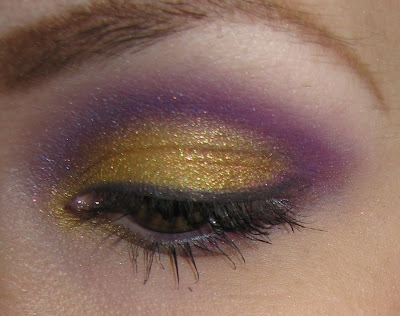 The second day I had more luck and really liked how it came out. I literally picked 4 at random out of the bag and ended up with taupe, light green, dark green and dark blue... wtf. I used Epona, Bulbasaur, Link and Veran. Veran I used on the lower lash line over top of a blue liner. It has a gradient effect in person but not so much on camera: 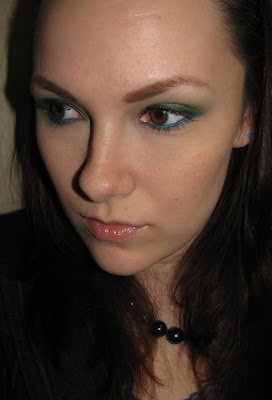 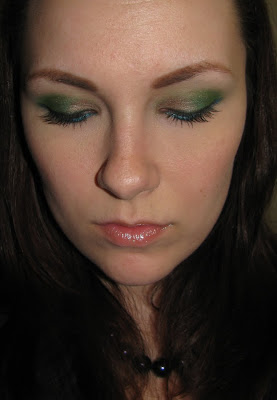 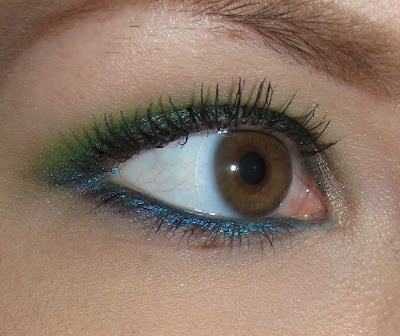 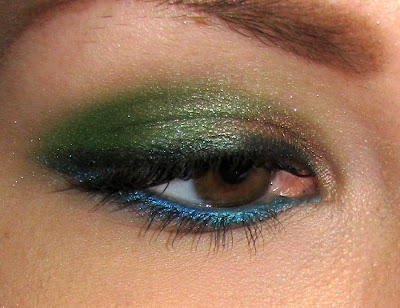 I want to stress that I'm not downing the owner in any way -- these are just my personal opinions. You are welcome to leave your own on this blog post! Thanks for reading, as always.
Posted by Cydonian at 11:00 AM