$10 Smokey Eyes and a Dupe of a Famous Lipstick

A while back, I showed the Stila Adventurous in Aspen palette in a haul post. I swatched it, and was admittedly a little uninspired by the swatches. I set it aside and said I would work on it later.

If you don't remember, here are the swatches: 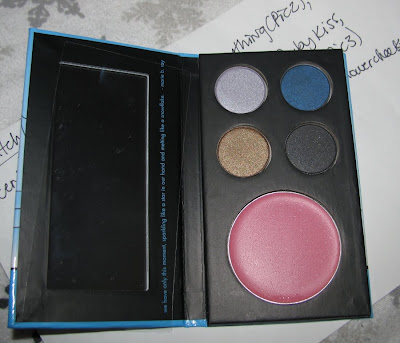 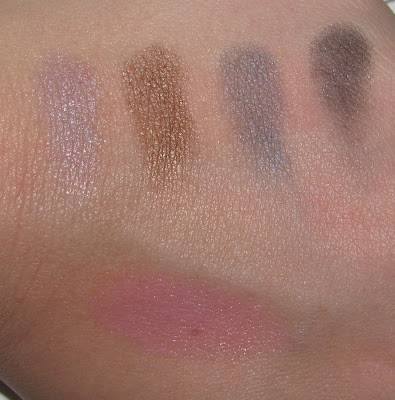 Pretty unassuming, right? Anyway, back to my story.

I had been using Fyrinnae all week, collecting photos to complete my review. Some looks came out awesome, and others not so much... after a day of fail, I wanted something fool proof.

As I started applying the shadow over primer, I realized how easy it was to create a smokey eye, so I ran with it! I used all of the eyeshadows except for the gold, the lip and cheek stain on both my lips and cheeks, and a lot of Urban Decay's Zero eyeliner. However, you could easily use the black wet and get a very intense smokey effect. I just wanted to slick on a ton of black eyeliner. It's therapy sometimes. 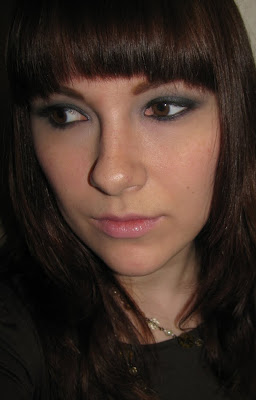 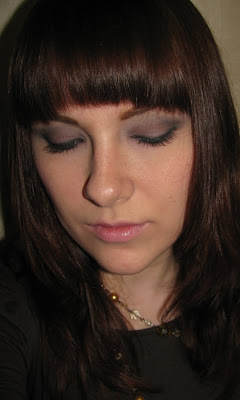 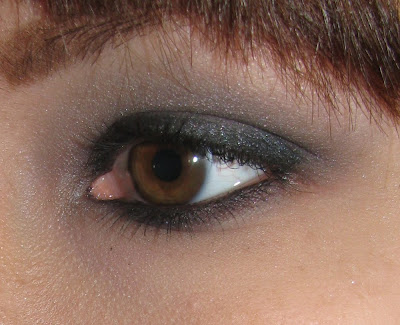 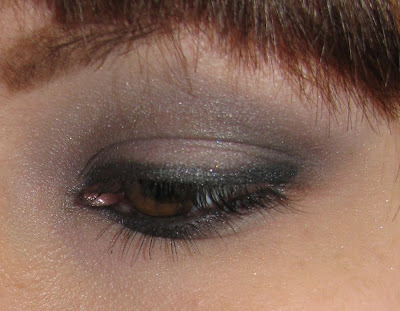 Now, does anything look familiar to you? I applied the lip and cheek stain (called Rosy) to my cheeks and wasn't much impressed... then I did my lips and went WOAH, hold the train... I think we have a dupe here. 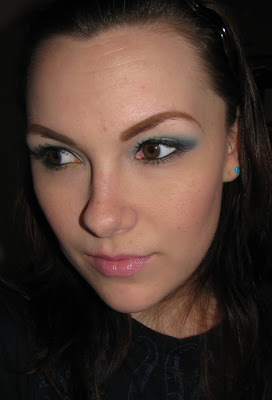 In this photo, I am wearing none other than the holy grail of pink lipsticks, Mac Viva Glam Gaga. I don't have a side by side swatch because swatched they don't match at all really. On the lips however? Nearly identical. I think Gaga is ever so slightly more pastel, but that makes the Stila Rosy a lot more wearable.

Now, the problem is that Rosy is not part of their permanent line of Convertible Colors. So, you can only get it in this palette. BUT, the fact that you're getting 4 eyeshadows plus this for only $10 makes it a really awesome value. Moral of the story is: if you've been dying to get Gaga and either can't afford it or it's sold out where you live, get this if you can. The eyeshadows are quite pretty over primer (it's a different take on a smokey eye, slightly grey/purple tone) and the lip and cheek stain is just cute.

I hope you enjoyed, I love finding you guys inexpensive but versatile products!
Posted by Cydonian at 10:21 AM