Making Your Own Nail Polish

Yeah, yeah, nothing original. I wanted to try my hand at it after I was looking at my manicure last night thinking, wow, this looks like Mac Rose pigment in nail polish form. So I looked up how to make nail polish from pigments... and here we are!

First of all, here is my current mani, China Glaze Awakening. It's totally gorgeous even though pink isn't my thing. 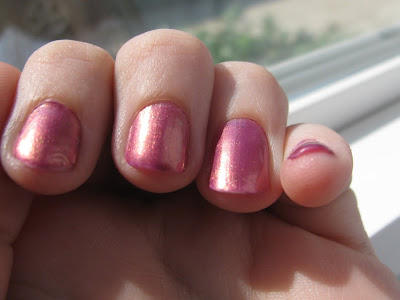 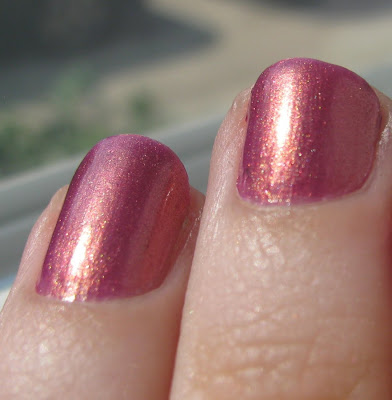 Excuse my sorry nails. Two of them broke last week and I had to cut them all back to match... I want my nails back! It's so hard to paint short ones.

So, onto making my own polishes. You need your loose eyeshadow pigment of choice, a bottle of clear nail polish, and something to drop the pigment into the bottle with. The neck is quite narrow and I originally tried using a teaspoon but that wasn't working. I later used the tip of a metal nail file... that worked fine. 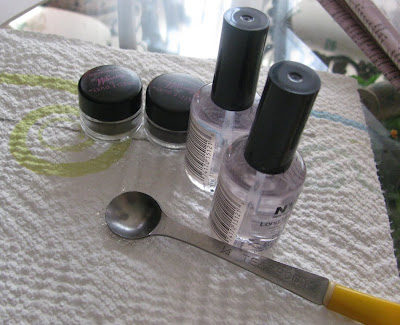 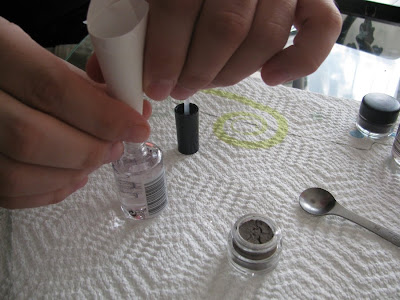 The paper funnel thing DID NOT work. At all. 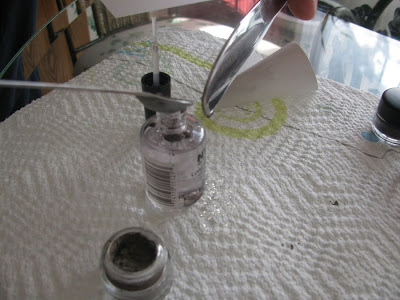 We then tried scraping it off of the spoon... a lot got wasted. 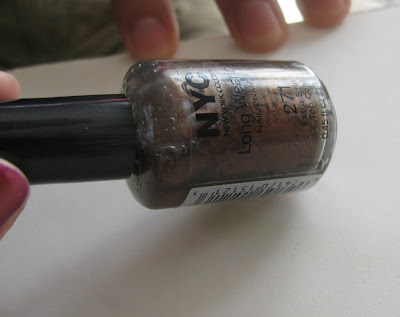 The pink doesn't show as well in the polish as it does on your eye. I did not take it out into direct sun so it probably will have a secret pink shimmer. Yaaay! I made my own taupey nail polish! 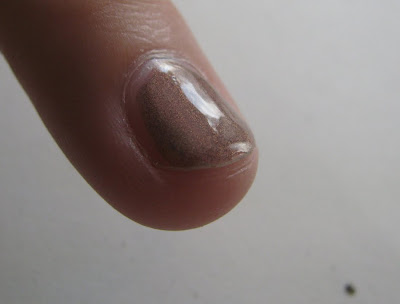 This was fairly sheer so I added more pigment in. I can't tell you how much I used. Maybe 1/4 of a teaspoon? It would be good in two coats, though. 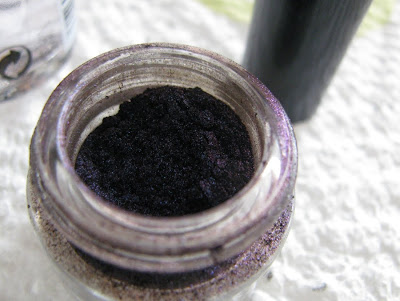 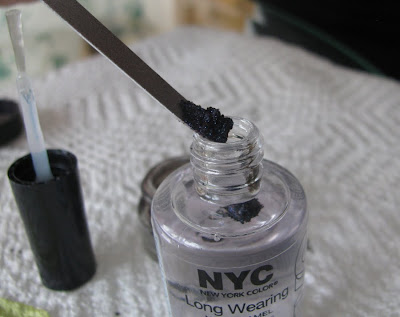 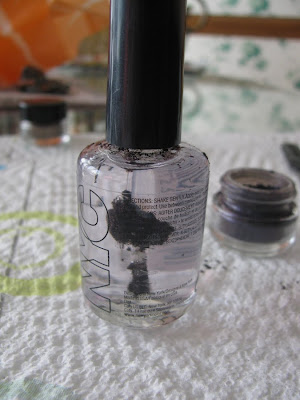 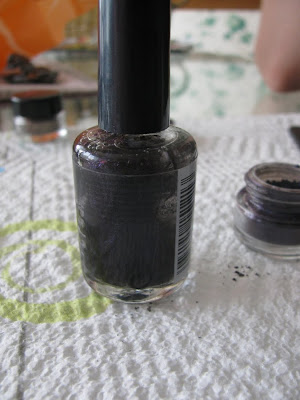 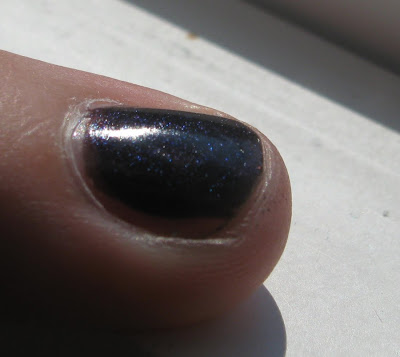 That's right. I used Barry M Petrol Black. It looks pretty amazing. I had to use quite a bit of this one as the black base was really sheering out when mixed with the clear polish. This will be AMAZING in direct sun light. Totally excited...

When out going for the clear polishes, I picked up two others that I was interested in. 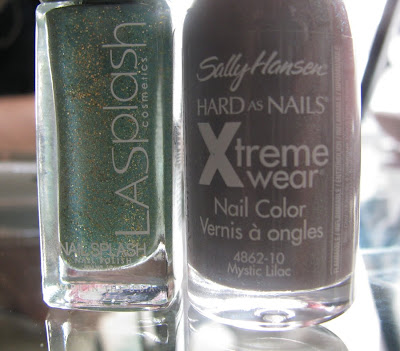 It's LA Splash Golden Seahorses and Sally Hansen Mystic Lilac. Mystic Lilac is new and I think Seahorses has been around for a while. I saw the LA Splash one on Pink Sith and fell in love... didn't even notice that my Ulta carried LA Splash polishes before! They are gorgeous on the nail as well... 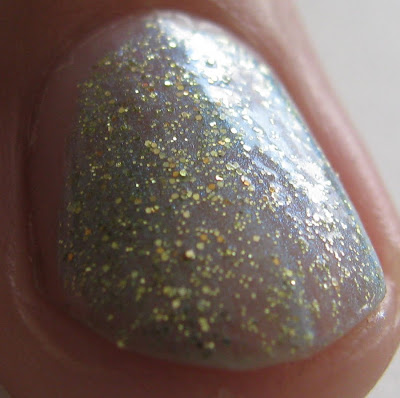 2 coats of this will be love. I know it. 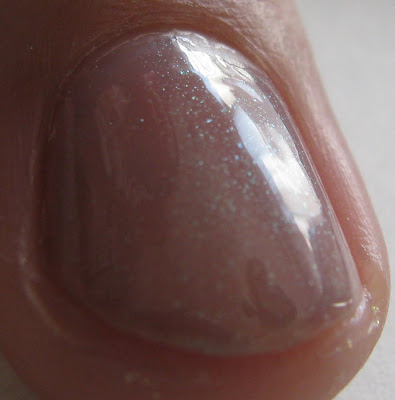 This is quite sheer but I think it will be good in 2-3 coats.

In case you noticed how odd my nail swatches look of my frankens and the 2 new ones I got... wanna know why? Yep. They're my boyfriend's nails. Mine are painted and he volunteered, because he is amazing. I thanked him, of course: 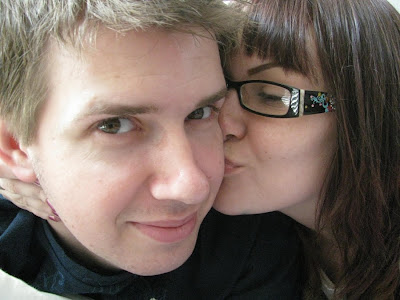 He's such a good sport. That's all for today!
Posted by Cydonian at 4:14 PM