DOES this need much of an introduction? I think not. We all know that Temptalia created an eyeshadow for Mac called Jealousy Wakes and by the title, I've obviously used it in a look ;-)

The eyeshadow has a lovely pigmented texture but did take a little work to get even. It's almost TOO pigmented. I used a fluffy blending brush to apply the color and even after dipping into the pot only once, I had SO much green around my eyes. It went a little higher than I wanted so I just went with it. 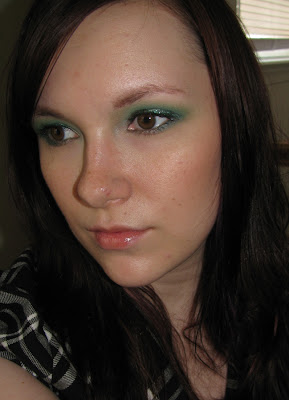 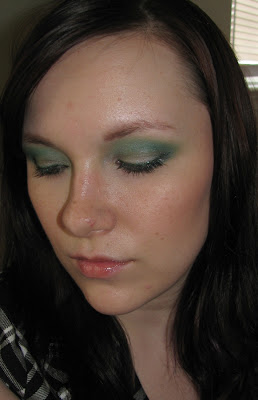 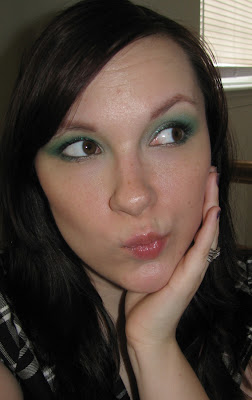 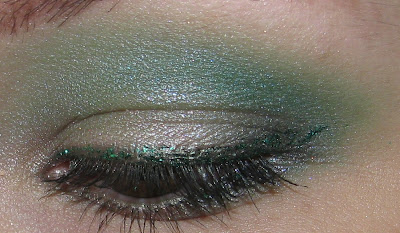 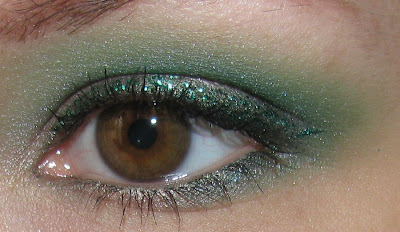