Sorry I've been a bit lame lately with posting FOTDs. I've (kinda) been doing makeup but I am on a new sleep schedule and thus haven't had time to photograph in the morning before work. Rob finally got a job so I'm driving him now, and it means getting up an hour earlier than I used to! Getting up at 7:15ish has never been an issue for me but 6:15 is just too much :-P

I will try to work on a Sleek Sunset look tonight and get it posted!

For now, I present you with new drugstore stuff! This is between Walgreens and Rite Aid. All pics were taken with my phone so sorry for the shite pics... and sorry if you've heard about these releases but at least you see them in the flesh now, right? RIGHT?! 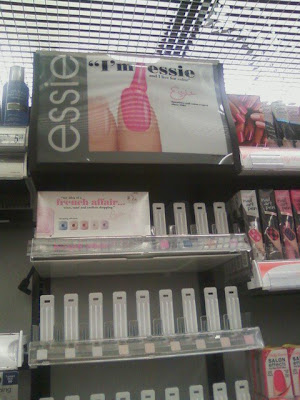 Essie will apparently be carried at Walgreens now. I heard about this late last year but no details were given. They appear to have the full permanent line, as well as the new Spring collection. As you can see, nothing has been stocked yet but I am assuming it will be full soon as the Spring collection was released recently. There were also no price tags yet so I can't help you much there!

I don't have a picture, but WalMart is currently stocking Essie's permanent line colors as well. Not just reds and pinks like Target, but the full line including blues and such. They are about normal price, I think $7.75, so not much of a discount but it's good for those who didn't have an Essie stockist near them. 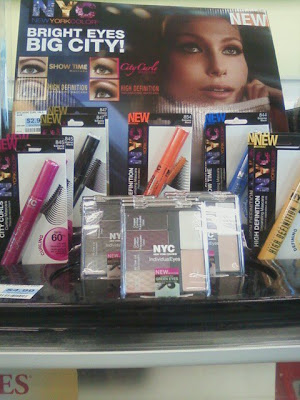 This N.Y.C. display is SO TINY at Rite Aid, I nearly walked past it. Looks like they have 4 new mascaras and 3 new custom compacts. To me, it appears like they are trying to battle with WetnWild (understandably so). None of the palettes really interested me, though there was a "blue eyes" palette that was out of stock so that one may be pretty. The burgundy shade in the front palette caught my eye but I swatched it and it wasn't too interesting. The palettes are $4.99 (familiar, much?) and I believe the mascaras were $3.99. 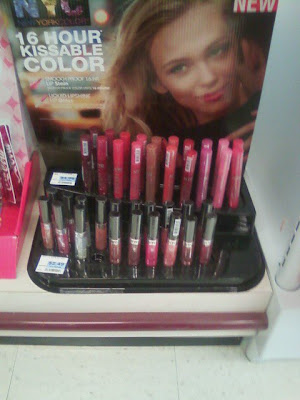 New N.Y.C. lip stains and glosses! The glosses look standard and boring (but some colors were missing as you can see) but the stains look awesome! I've heard through the grapevine that WalMart carries both of these cheaper so I didn't indulge (Rite Aid wants $4.99 for the stains and WalMart is supposedly doing $2.99 for them). I am really impressed with the range of color, there were two nudes (a pink and a brown), tons of wearable pinks, even a berry and a dark vampy purple. Excited on these! 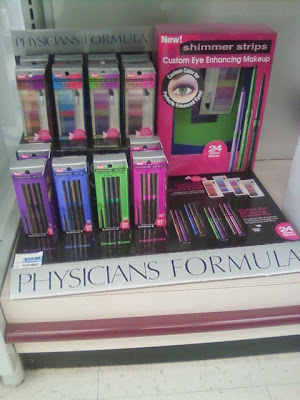 New Physician's Formula! I've never bought any of their products but the new eye shimmer strips look pretty. But what's with the random hot pink/coral in the blue palette? Haha! There were also new eyeliner sets. Pretty on par with their normal pricing though, which I think has always been a bit high. 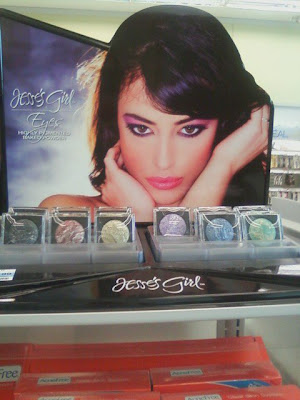 Jesse's Girl baked eyeshadows. They are jumping on the trend -- these look pretty but none of them really caught my eye except for the green on the right. They have new nail lacquers too but that display was so picked through I didn't bother taking a pic. There's a supposed dupe for RBL Scrangie amongst the new ones, and a really bright coral. 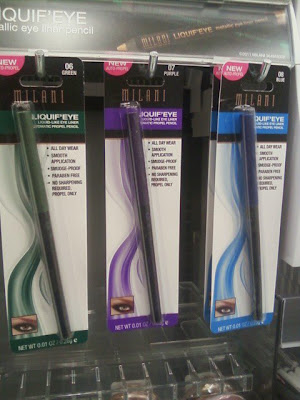 WOO! We asked for it and Milani delivered! People kept begging for dark blue, purple and green Liquif'eye liners. The only difference is that these are retractable for some unknown reason. They were $6.49 and 2 of them may have come home with me 0:-) (This is at Walgreens) 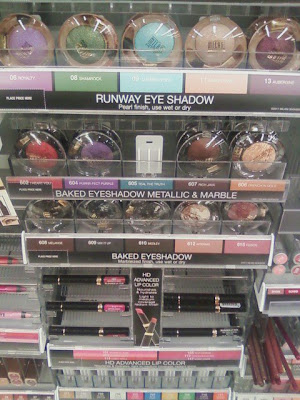 The baked eyeshadows aren't anything new, but notice that they are in the permanent line display, along with the Lip Flash pencils peeking in from the right. Some Walgreens do carry Milani but it was a limited selection. It appears that they are going all out and carrying everything now... and now I know the baked/marbled eyeshadows are permanent. I'm totally getting Famous (which I gave away in a giveaway, saw swatched and went DANG IT)

So that's pretty much it! I hope you enjoyed and maybe I've added some items to your lemming list? I will be reviewing the retractable Milani liners, possibly an N.Y.C. mascara, and some of the N.Y.C. lipstains (for sure).
Posted by Cydonian at 4:14 PM